As we celebrate LGBTQ Pride, I wanted to take a look at the wine world’s support of the LQBTQ community. The good news is that I found a ton of articles and sites underscoring the many ways the wine world is supporting this community. While I’ll highlight many instances in my article, I encourage you to do your own Google searching to learn more. Thanks to Marketing the Rainbow for their help with this article.

Motivation to Support the LGBTQ Community

It’s well understood that the gay community has a lot of disposable income and that gay people like to drink wine. The result: Catering to the LGBTQ community makes good business sense, in addition to good human sense.

In the mid-1990s, Clos du Bois Vineyards started making donations to the Names Project Foundation, the umbrella group for the AIDS Memorial Quilt project. In 1997 they started advertising to the gay market, stepping up their efforts in 2001, with an ad campaign showing corks emblazoned with the Rainbow flag. Clos du Bois spent $800,000 on the gay marketing campaign over those four years. Ruth Souroujon, the company’s marketing director, called it marketing with a conscience.

Several other wineries, including Domaine Chandon and Australian Rosemount Estate, followed suit with ads and promotions that specifically targeted the gay community.

What does gay wine mean? According to blogger Tom Wark, it’s a matter of speaking “with an attitude and with language that they’ll recognize. In large part it’s about paying attention to them and their specific world view.” It’s also very importantly a matter of selling high-quality wine.

Here are five wineries that adopted this initiative:

Kim Crawford Wines: In 2004, the New Zealand winery launched Pansy, the “world’s first gay wine.” The wine was described as “fresh, funky and fun”, and it was meant to highlight “friendship, kindness and generosity of spirit”.

Iron Horse: This California winery introduced a sparkling Rainbow Cuvee in 2010 to celebrate the 45th anniversary of San Francisco Pride. Their website said: “We are honored to be recognized as one of the top 6 most gay friendly wineries in California … Here’s to the freedom of being yourself!”

Stein Family Wines: In the mid-2010s, the company introduced Same Sex Meritage, a red blend for which one dollar of every bottle sold was donated to the advocacy group Freedom to Marry.

Barefoot Wine Is Another Big Player

Barefoot Wine has a page dedicated to their LGBTQ efforts. They made their first donation to LGBTQ charities in 1988 and have done so ever since. They hired openly gay Randy Arnold as the brand’s first Barefooter, and they invite people to use the hashtag #OneStride on any photos taken at Barefoot LGBTQ pride events.

Out in the Vineyard 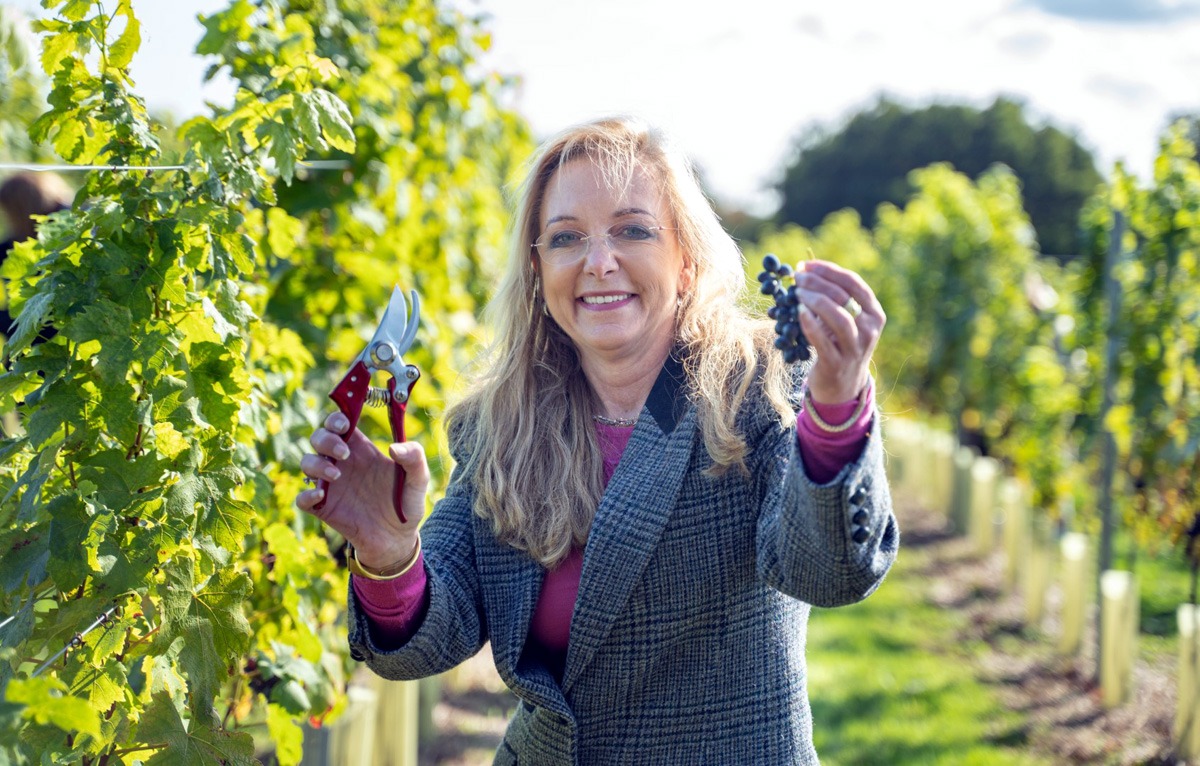 Last but certainly not least, I want to highlight Out in the Vineyard, the wonderful “experiential travel resource devoted to promoting positive LGBT lifestyles and offering exclusive, luxury itineraries and events in Wine Country for discerning gay travelers and their friends” created by Gary Saperstein and Mark Vogler. This company does a great job of highlighting the LGBTQ friendliness of Sonoma County.

I hope this article did a good job of touching upon the wine world’s support of the LGBTQ community. I know I could have written many more pages on this topic. If you have specific stories you’d like to share, please do so here. Thanks.